As many of TriCoachGeorgia Reapers enter their taper phase for their “A” Ironman races in Augusta, Chattanooga, Maryland, Louisville, Cozumel, and Florida, the focus turned to the successful and growing kids team, TriKidsGeorgia, as they headed to Ironkids Alpharetta.  With over 700 athletes racing, the coaches and parents were sure the TriKidsGeorgia were well trained for their turn on the big stage.

The race had three divisions for participants. The first to race were the Senior racers.

The team entered 5 kids in the Senior division. The race consisted of a 300 meter swim, 8 mile bike and 2 mile run.  The kids were lined up in numerical order and were ready to get in the pool to start his/her race.  Each athlete was well trained and sharpened in late Summer by swim instructor and Cal Poly Triathlete Cullen Goss, who was 13th overall at the 16-19 year old Sprint at the ITU Worlds in Chicago, Illinois. They completed the swim and headed into transition to get on their bikes.

The bike consisted of 4 laps of a difficult course with hill climbs and descents.  The practice the athletes put in over the past year with Coach Slayer and his assistant, professional cyclist John Butler of Watkinsville, Georgia, showed as each of them had exceptional bike handling skills and splits.

The run took them on an out and back course in the woods. All of the kids finished strong and had great races.

Next up were the intermediate racers.  Their race consisted of a 150 meter swim, 4 mile bike and 1 mile run.  The course was the same as the senior division.  The kids worked hard during their race and all had smiles on their faces when crossing the finish line.

Finally, the junior division raced. During this race, spectators often see a lot of first time triathletes. The TriKidsGeorgia had fun cheering on their teammates and other young children as they competed in the 50 meter swim, 2 mile bike and 500 yard swim. As the kids crossed the finished line, they had their names called just like at the adult Ironman races.

At the awards ceremony, TriKidsGeorgia was very well represented. The team had 7 athletes podium in their respective age groups. More importantly, all the kids and parents of TKGa showed class and respect for their fellow competitors. All told, it was a great day in Alpharetta!

Now the TriKidsGeorgia look to finish their competitive seasons at the Five Star Championships and the re-do of the Atlanta Kids Triathlon that was rained out earlier in the Summer. Let us know if your child want to join this free team that doesn’t quit!

Final Note: TriKidsGeorgia is a non-profit and has many sponsors and affiliates including High Performing Systems, Inc., Adams Tile & Terrazzo, Georgia Cycle Sport, Athens Fleet Feet, Wells Fargo Advisors (Seth Waltman), and Positive Outcomes Psychological Services, P.C. Special thanks once again goes to All3Sports.com for their support of the youth team with a donation of gear to the team. Also, a note of gratitude to TriCoachGeorgia athlete, Taylor Lewis, who donated her winnings from the SlayborDay Challenge to the youth team! 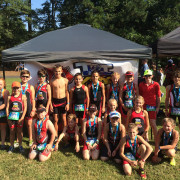 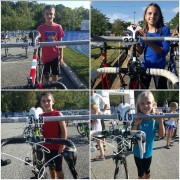 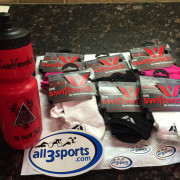 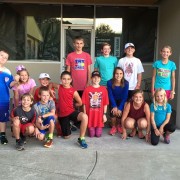 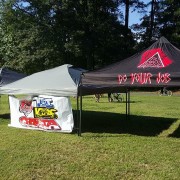 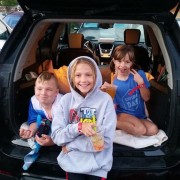 September Starts with a Bang – TriCoachGeorgia

Five Tips for Thriving During Your Ironman or Ironman 70.3 Build‏ (Thanks...
Scroll to top