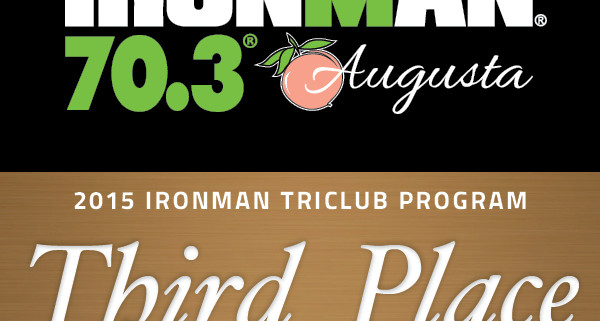 The TriClub program from the World Triathlon Corporation has added some zest to the team aspect of triathlon racing, which is growing in popularity. Normally an individual sport, now a team can earn recognition for performance and attendance at a particular race.

According to their website, TriClubs can…”race against one another all year long for prizes and bragging rights. The program includes over 800 clubs with rosters that represent over 150,000 athletes.”

Each TriClub is placed in an appropriate division based on the size of the team and the amount of team members. Then “every time a member of a club races an IRONMAN or IRONMAN 70.3, they generate Age Group Ranking Points for themselves and also for their club. They earn points by crossing the finish line.”

If not the largest IRONMAN 70.3, then one of the largest, in the world takes place every September in Augusta, Georgia. At Augusta 70.3 this year, TriCoachGeorgia won the 3rd Place Honors in such a prestigious event due to the team’s efforts. Many of the team were seen not only racing, but volunteering and spectating on course at the swim start and exit as well as at their usual spots along Broad Street.

Founding Coaches Brian Patterson, former president of TriAugusta, and Harvey Gayer, along with team coaches Wes and Kim Hargrove – who both competed, Karl Langenbach, Ryan Wolfe, Seth Waltman, and Charles Sims were very proud of such an honor for the team. Also, it should be noted that several of the team secured personal records, first time finishes at the half ironman distance, and 70.3 World Championship slots at the race.

On the heals of so many team and individual honors, the team of Reapers, often referred to as the Misfits, are looking forward to another brilliant season in 2016. Contact them at TriCoachGeorgia.com or at their social media channels for more information on how to join as a coached athlete or team member. Also consider attending their wildly popular Augusta or Chattanooga Ironman training camps. 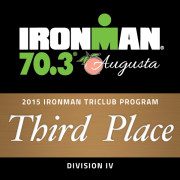 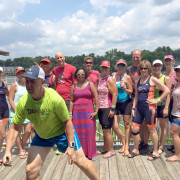 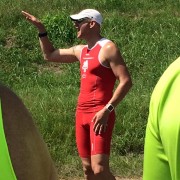 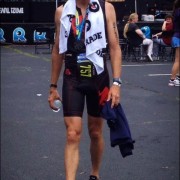 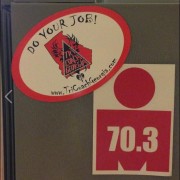 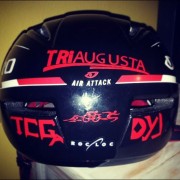 Start It Up – TriCoachGeorgia
Scroll to top