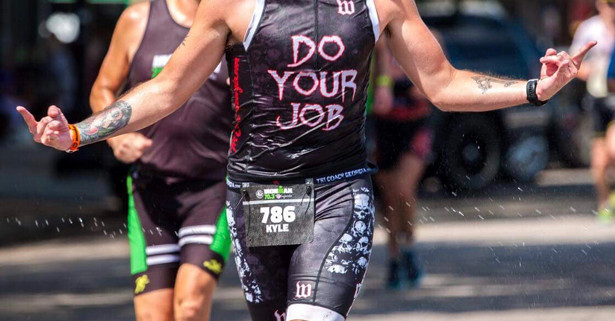 My story has two major changes in my life that defined who I am today. The first big thing that forever changed my life happened on January 8, 2011 and that was the day my mom was killed. My wife at the time and I were expecting our first child, a boy, named Jackson, and that morning we had maternity photos to take and then get home because my mom and aunt were throwing us a baby shower. I’m an only child so you can imagine how excited my mom was when she found out she was having a grandchild. We had a great day with the photos and the shower and being able to spend time with our close friends and family. After the shower was over my mom and aunt were going to go to dinner and I told my mom that I would see her tomorrow, not knowing that those would be the last words I would ever say to her. Around 1 o’clock A.M. I heard a loud banging on my door and it was my dad who could barely stand and when he came inside he proceeded to tell me that my mom and aunt were hit by a drunk driver on the way back home and that my aunt died on the scene and my mom died at the hospital. A sense a shock came over my body but I knew at that time that I would have to keep calm because my dad needed me and I was his rock at the time. We then drove to the hospital to collect my mom’s belongings and to see her one last time before the funeral. After we left the hospital we went back home and I told my dad to get some rest because now my cousin and I had to go drive over to my grandparents and tell them that they had just lost their two daughters who that had just seen less than 12 hours ago. I have to say that was honestly the hardest thing I have ever had to do and I do not wish that upon anybody. Trying to find the right words to say to a parent that they not only lost one child but two and at the same time you are talking about losing your mom and aunt. My grandparents came back to our house to stay and the next few days were a blur with people coming in and out all day long. After the funeral it seemed like time was flying by because 6 weeks later Jackson was born and happiness was restored to certain extent but the only thing missing was my mom who would never see the day when she could hold my son and kiss his tiny head for the first time. After Jackson was born I was so busy with him that my mind was focused on him and not the accident and for awhile that helped but all good things end.

The second part of my story involves my struggle with alcohol and how I used it to cover up my loss. I had always been someone who drank but after my mom died I started to use it as a crutch to mask my pain and I felt that sometimes the only way for me to release my feelings was to drink. The thing about alcohol is that for awhile it really does help to a degree but your problems are still there the next day. In order to hide everything I would just drink every day until I passed out in the chair because I felt that was the only way to get to sleep without my mind constantly thinking about the what if’s or if there was something I could have done differently. After awhile drinking 3 cases of beer a week began to take a real toll on my marriage and I decided that if I was going to get better I had to quit drinking and seek out some real help. January 2013 was when I quit drinking and started going to celebrate recovery meetings to first fight my alcohol problem and then once that hurdle was crossed I could focus on making my mind better. I have been sober now for 5 years and to be honest I don’t miss it because I know that if I would have continued my life would have taken a far darker path.

After I quit drinking I knew I had to find something else to help me work through my grief and I saw a local 10k was being held February of 2014. I had played soccer all my life so running wasn’t anything that was new to me but it had been awhile since I had done it so I was a little out of shape. My first goal was to run for an hour without stopping and it did not take me very long to get that down. I realized that instead of signing up for the 10k I was going to sign up for the half marathon instead. I think I only ran that distance one time before the race but I was able to post one of my best times at that race even compared to my races I did after that. After that I got bit by the running bug and thought this is such a great way to help my stress levels and all the thoughts I had racing through my head. After that race I decided to step it up again and entered my first marathon that December and even surprised myself with how well I did. I did countless more half marathons and 10’k’s after that and even did the Marine Corps Marathon in 2016.

I’m all about pushing myself and seeing what’s the next thing I can do to push my body to its limit and decided triathlons would be the next thing. About a year and a half before my mom was killed we were at dinner talking about the 70.3 in Augusta and how awesome that would be to do because we lived on the bike course and would watch them come by every year. I remember telling my mom that I would love to do that someday and of course she told me to do it. It took a little while and year after watching the bikes come by I decided to sign up for it in 2017. I bought a bike and joined my local tri club here which is Tri Augusta and met some really great people that gave me all the info I wanted and were a great group of people to train with. I remember doing my first sprint July 2017 and thinking to myself after the swim that I was crazy to think I could do this but my mom’s voice was always in my head telling me I could do anything. I did the Augusta camp that was hosted by Tri Augusta and Tri Coach Georgia and when I saw everyone from TCG I thought I want to be a part of that because my first thought was their kits are freaking awesome. After I got to know some of them I realized that I wanted to race for them and do my best to represent them. One of the first people I talked to was Harvey a.k.a. Slayer and I said to myself this guy is crazy as hell but then after awhile I came to call him my friend along with so many other people in that group. After Augusta I decided I was going to do an Ironman in 2018 and signed up for Ironman Florida and ended up signing on to be coached by Estevan Price a.k.a. Emanboom and from the start I was getting good workouts every week from him that I knew would take me to the next level. I know since I started with him my bike has improved greatly and my swim and runs have also improved as well along with me losing around 20 pounds and turning my body into something I could have only dreamed of. When we first talked about goals for Augusta we decided that 5:30 would be the number to reach and I ended up doing it in 5:30:42 which I was happy with but I plan on going a lot lower in 2019. My goal for Florida in my head was 12 hours and I ended up doing it in 13:18:16 and for that race I wanted to show my kids that if you have dreams and goals in life you can do anything you want to as long as you work hard and have the mindset that it can be done.

Basically in the last 7 and a half years my life has been a whirlwind of ups and down but in the end I know that my mom is looking at me and saying that she is proud of me and there’s always that little voice that says “you can do this” no matter what the situation is. In the beginning my mom’s memory was my only inspiration for doing things but now there are so many friends and family members out there who now give me the motivation to push through and they will always be there to support me. 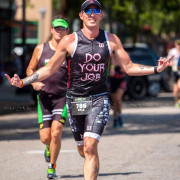 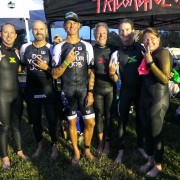 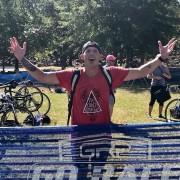 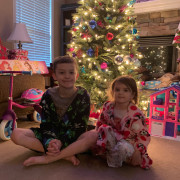 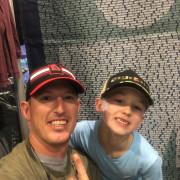 Rest, Assess, and Act: Ironman goes on the Shelf – by S’later aka Missy...

A Wicked Perspective on USAT National Challenge Competition by “Wicked”...
Scroll to top