TriCoachGeorgia is composed of a nice cross section of triathletes given their affordable full service coaching model and volunteer youth coaching efforts. They spend a lot of money on gear like most triathletes.

It is well documented that triathletes are by and large wealthy and are notorious for their purchases. However, there is a nice section of triathletes that are working and middle class and get by with whatever they can buy used or on the lower end of the market. Regardless, most triathletes want the best names on their gear at the best prices. They want to look snazzy while they do their jobs in training and racing.

Sometimes there is a gap in the market place that gets recognized. For the longest while, sunglasses were very widely disparate in cost and value. You would either get a name brand or a cheaper no name brand. The triathletes who purchased the higher end models would rave about the quality and those who purchased the lower end would brag about the value. Nobody was really able to establish if either the higher end or the lower end was faster and it was really a moot point.

Right in the back yard of several of the coaches (Coaches Slayer, BigBad, TaxSlayer, and LongMan) and many of the athletes on the team in the Athens, Ga – area of Georgia, Tifosi Optics began in 2003 in Watkinsville, GA with the goal of creating an eyewear brand for cycling, running, golf or any outdoor activity.  They created a brand that provides high quality, style and functionality.  They did all of that and at an exceptional value for their customers. Finally, someone had married value, style, and quality!

Thir offerings initially were modest and affordable but now they have a huge selection of lens, frames, styles, sizes, etc. while maintaining the controlled price points. Tifosi’s top end newer models were brilliant and allowed multiple permutations of the same set of frames and glasses for no more than the lowest end of the major manufacturers. They soon took over a huge market share of the triathletes, cyclists, and runners sunglasses purchases because of the value, quality, sharp colors and styles, and name recognition.

Tri Coach Georgia and their free youth coached team, TriKidsGeorgia, had the opportunity to become one of the few sponsored Tifosi team several months ago and jumped at the opportunity to affiliate with one of the leading eyewear manufacturers. Many of the team’s athletes and coaches have chosen to wear Tifosi at their races and while out training. Tifosi even recognized Coach Slayer for wearing the new Pro Escalate Frame SFH when he qualified for Ironman Kona World Championships in 2016 at Ironman Maryland in 2015.

Like when you purchase Tifosi sunglasses, joining the Reapers via the coached or team member option, you can’t go wrong with high quality at a good price point. Indeed, all TriCoachGeorgia team members, coached athletes, and coaches get exceptional pricing on a wide variety of sunglasses, lenses and parts.

The entire team is very excited to show support for Tifosi Optics as they cross the finish lines across the United States in 2016 and beyond. Check out these fine sunglasses in your local shops or online and see how nice they truly are. 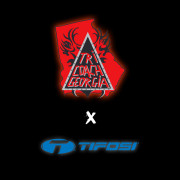 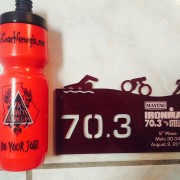 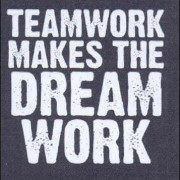 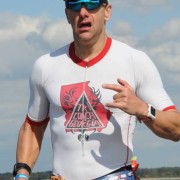 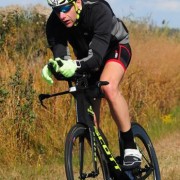 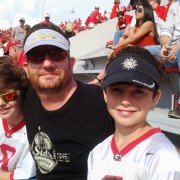 The On-Going Deliberation of Cadence by Coach BAMF – TriCoachGeorgia