Blog - Latest News
You are here: Home1 / Blog2 / The Hurricane Hits the Mountains of Misery: Find Your Spirit – T...

TriCoachGeorgia has athletes at all levels. One of our originals was the first to go to Ironman Kona in 2013, and went back a second time in 2015 after winning her age group at Ironman Chattanooga in 2014.

Hurricane Sandee Daust is an elite age grouper that has been involved in the sport of triathlon for nearly 10 years. She’s accomplished all of her competitive triathlon goals which includes qualification and competing in several Ironman including the 140.6 and 70.3 World Championships.

At the end of her 2015 season and while relaxing in the Hawaiian breezes contemplating her recent Kona finish, Hurricane decided to make a change in her endurance sports goals. She decided to get off the hamster wheel and follow her heart on all training and racing decisions. She found a new challenge and her coaches sponsored her effort. She just completed the Mountains of Misery century ride in Newport, VA and here is what she had to say about it.

“I have met many of my bucket list goals in triathlon with the pinnacle being trips to Kona in 2013 and 2015 so I decided that 2016 was going to be the year to “Do Epic Shit”.  I like to do different events; the tougher the better. I thrive on a challenge and earlier this year I completed my first 50 mile trail race when I found the Mountains of Misery century ride.

As I considered the event I said to myself, “I’m glad I thrive on challenge because this ride could be the challenge of my life.” My personal life has seen some drastic changes and my training hours are extremely limited so the decision to do this ride was made knowing I was going to have to draw on my huge endurance base to make it to the finish.

And so I chose Mountains of Misery. I anticipated it to be ‘Hell on Wheels’ and it fully lived up to my expectations. The first major climb left my undertrained legs aching. But walk up Johns Creek, Maggie Side, I DID NOT!. My body is my slave……mind over matter.  At points the grade was 15% with an overall average grade of 8%.

Yes, there were some nice descents and I’ve never free pedaled more in my life to recover for the last 40 miles to come. Lots of rolling hills and false flats had me wondering how I was going to finish the last climb. Four miles to go it was REAL.  Each mile was marked on the pavement to count down my sadistic pleasure. Four miles of 12-16% grade winding up Mountain Lake. When my whole body was quivering I stopped to gather myself.

Hurricanes don’t walk!! We blow through obstacles, NO QUIT allowed. I was going to finish in a way I can be proud and represent. I’ve never endured that kind of pain before. I was physically and emotionally wrecked and made whole peaking that last climb and the finish line was filled with my tears as I  cried at the top. When thinking back to my 2016 plan I wasn’t sure what exactly was in store. Mountains of Misery and the physical and mental/emotional demands is what makes it “Epic Shit”.”

Sometimes it is best to step back and take on different and exciting challenges. Your endurance career can ebb and flow. Ultimately, you have one life to live and we want you to have the best life you can choose.

Finally, it should be noted that not only did she podium a Masters 10k the day before, Hurricane Sandee completed the Mountains of Misery century ride on her triathlon bike and the coaches of TriCoachGeorgia say this is also Epic Shit. Take a page from her book and find your spirit. 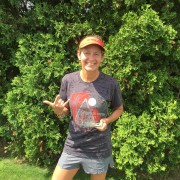 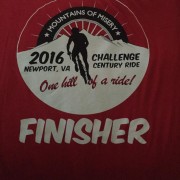 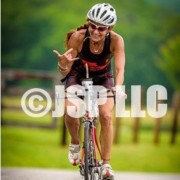 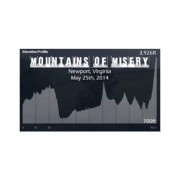