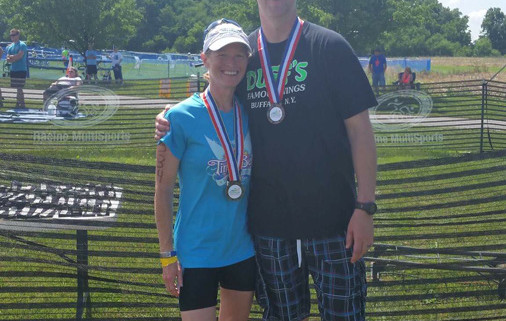 We at www.TriCoachGeorgia.com (TCGa) are very proud to have the Stack aka Craig Stachewicz on the team. Stack has Ironman Eagleman 70.3 and Ironman Maryland (IMMD) on his race calendar this year. Not only does he face the specter of being deployed back to the Middle East for the Army, he is a close friend of Crisp McDonald, Race Director for Go Race Productions, a heck of a family man, and a great athlete. But more than anything else, he is a great guy. We wanted to write a feature blog on him and the wonderful gesture he makes during his races for his dear friend Stacey. But first let’s give you some background on Stack.

Stack started off during the 80’s and early 90’s watching events on TV like the Ironman coverage with the likes of Scott and Allen, the Le Tour De France with Greg LeMond. He was amazed that people could do these things. As a kid, Stack rode his bike for his paper route and imagined being in the Le Tour De France, attacking, chasing, and really just trying to get home sooner. He also really loved the idea of triathlons but he hated running and couldn’t swim worth a damn (quit swimming lessons every year because the pools in Buffalo, NY are cold, imagine that?!?).

He entered high school and college, played sports and was in Army ROTC but still hated running, did not swim, and stopped riding. It wasn’t until 2003 after he returned from the war in Iraq that he bought a new bike and started to ride. Stack fell back in love with riding again, found some other guys to ride and did some century rides. In 2004 he left the military and went back to college. He was determined to complete a triathlon and chose to attend University North Carolina at Wilmington because it was on the beach, tuition was great, and they had a triathlon club. This is when he met Crisp.

Crisp was the president of the Tri Club at UNCW and he taught Stack how to swim, bike better, and enjoy running more. The Tri Club was a close group; they trained, had fun, and even completed Ironman Florida in 2006 together. After Stack completed IMFL, he stopped training and drank beer, entered the military again, and had to travel a bunch.

In the military, Stack met his buddy’s wife, Stacey. She was impressed that he completed IMFL and was curious what other events or challenges he had planned. So Stack told her about the Marine Corps Marathon and she got hooked. Stacey blames him for getting her obsessed / addicted to things (running, tris, MyFitnessPal, etc). Whenever Stack would bring up and event or show her something she would adopt it and give it 100% determined to finish. She didn’t play to compete, but to win. She is a bit competitive…just a bit.

Ironman Becomes the Next Goal

Another BLI for Stacey is completing an Ironman. Stacey wants to be an Ironperson. Anyway, this BLI is very important to her. Maybe more than some of the others that she checks off annually (and still adds some too). They have completed multiple events together (Stacey, Stack and their spouses). Stack says that “Stacey is more determined, disciplined, and successful than me at these events. I mean she is a beast at 5’3 or something, she crushes me”. So 2016 is the time for Ironman to come off the bucket list. Stack agreed to do IMMD with her so she can complete it (likely crush it) and she can call herself an Ironperson.

Story Behind the Story

So why is Stacey Stack’s inspiration? She has had very severe Osteoarthritis since the age of 11. She was a competitive gymnast through college. Her arthritis started to negatively impact her and she had a stroke due to medication in the early 2000s, causing weakness and progressing memory issues. Some people have told her to not train or race and just accept that she is disabled. Stacey refuses, she will not quit (#NoQuit). She has to receive bone marrow injections for the arthritis. She is a Colon cancer survivor from 2013. Moreover, she lives life everyday determined to complete her Bucket List with her friends and family.

Stacey makes other people better. She is Stack’s big sister and family. Part of her story and picture is here: http://ucrtoday.ucr.edu/21831.

Stack has several reasons why he raced in the past and committed to endurance sports. Now he has an even bigger purpose. Joining forces with a spiritually strong team and close knit team like TCGa, which has supported #WeFinishTogether and #TeamTagg full force, despite his potential deployment and his location in the Northeast seemed a natural and he has had no regrets.

The biggest reason for training for Eagleman 70.3 and IMMD is a woman and exceptional person named Stacey Grady. Please stand behind him in this noble effort and her in her fight against debilitating health issues. 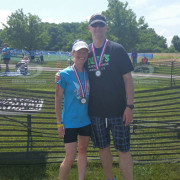 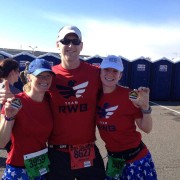 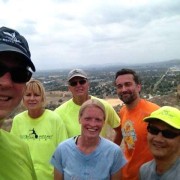 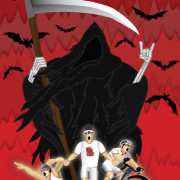