The early part of the week was all about learning about #WeFinishTogether. Read about it here in our blog on the topic. The team coalesced around Judas Preist aka Judith Garrard’s daughter Kim Garrard Stemple and her outstanding movement to giving race medals to folks who needed encouragement. We encourage you to like them on facebook and join the movement! We also are thinking positive thoughts for #TeamTagg as he faces one of his biggest surgeries yet.

After the WFT movement, this week was another mixed bag of fun and suffering for the Reapers. Some are hitting or enjoying the taper for ITU World Junior Elite Triathlon on Wednesday, Ironkids Alpharetta, Ironman Cozumel 70.3, Ironman Chattanooga, or Ironman Augusta 70.3, and others are still going long for their big A races in Ironman Maryland and Ironman Louisville, not to mention Ironman Florida, Ironman Arizona, and Ironman Cozumel. In addition there were some races on the calendar across the country for the TriKidsGeorgia and their older counterparts from the TriCoachGeorgia that the team just smashed.

Everything started off with the Hot Dam Weekend from Go Race Productions. The Olympic distance triathlon was on Saturday and the Sprint triathlon was on Sunday. Representing the reapers on Saturday was Hurricane Sandee aka Sandra Daust, who took overall female, and FC aka CJ O’Mara, who took seventh overall with an assist from his wife Nicole. Hurricane heads out to Kona shortly for the second time and has established herself as one of the top women in the world in her age group! In fact, rumor has it that she and the Man of Steel aka Jon Lunn went out for a long brick after the race.

On Sunday, FC, mentored by Tax Slayer aka Seth Waltman, was back with another huge day coming fourth overall. Also, repping the Reaper was the “Reaper” relay with #14 aka Jake Gayer and Simon the Swimmer paired up with Jim Casey to crush it for another 1st place. There were strong individual performances from Keaton, Jr. Slayer aka Ellie Gayer and Caroline. Also representing the team were the fast Benedicts, coached by Coach Spartacus. In fact, Lauren came first overall female and was joined on the overall podium by Caroline! Jr. Slayer and Keaton took 1st in age group (AG) as well. Lauren’s sister, Taylor, took 2nd AG too!

Go Race puts on great family friendly races that we sponsor and the TriKidsGeorgia families and TriCoachGeorgia athletes love to head out to their offerings. Crisp McDonald has been the consummate race director and we look forward to working closely with him again in 2016! There are some nice surprises on the race calendar for next year as well.

A few other newer TriKidsGeorgia, Carter, Cailen, Jenna, and Mya went over to the Bootlegger Super Sprint Triathlon and wreaked havoc on the course. The Five Star NP Series has been a nice entry level one for the kids and results were very good given their newness to the sport.

Another race on Saturday was the Run Like A Divas half marathon in Peachtree City Atlanta. We had two Reapers repping for Coach BigBad, Social D. aka Danielle Cheek and Darsh Vader aka Darsh Cook. Both showed off their hard earned fitness with solid races.

In addition, on Saturday, Georgia Multisports productions put on the Tugaloo Olympic Distance Triathlon race. Gator aka Chris Keysor tested out his fitness for his long awaited Augusta 70.3 race there. He came 2nd in AG just missing the stacked Masters podium by about a half minute. His race showed how far his run has come catching up to his already blistering bike.

Also on Saturday, over in Cedar City, Utah Gruesome aka Dr. Lisa Harrigan hit up the challenging 13.1 and came through the finish strong like she has all year. The organizers claim this race was “marked by both the red rock formations as well as the tree-covered hills and mountains there along the western edge of the Markagunt Plateau.  Cedar Canyon makes for an especially scenic and fast course thanks to its long, gradual downhill descent at the Cedar City Half Marathon, which organizers call one of the nation’s fastest half marathon courses.”

New TriCoachgeorgia athlete KenJ took his first week as a team member to hit up the local Rochester, New York, Sprint Triathlon called the Finger Lakes Triathlon. The website indicated that the course wanders through the Finger Lakes wine region, in and along beautiful Canandaigua Lake. There were rollers on the bike course and a flat run. Ken knocked it out of the park and we look forward to a huge 2016 for him with Ironman Chattanooga 70.3 and Ironman Chattanooga both on his agenda

On Sunday, we were all also glad to hear that Dad of TriKidsGeorgia Caroline and David Andrew hit up the Erie Marathon and gave it all he had. Results indicated that he came in at 3:12 and likely finally secured his Boston Marathon Qualifying Time again, but this time he should make the cut off and be able to race it in 2016 along with Longman aka Karl Langenbach and Coach Slayer.

Finally, big thanks to Ingo McLean who put on another free transition clinic at Augusta 70.3 The feedback from these has been very positive.

As one can easily see, the Reapers are crushing it again and again. There are a ton of smiles, PR’s, and podiums. More so there is great sportsmanship and lots of camaraderie. No wonder there is so much positive karma and strong growth. In fact, we look to add some more coaches shortly to the staff to accommodate the demand.

Now we turn to Coach KimPossible‘s athlete MadHatter aka Michelle Hughes crack at Ironman Cozumel 70.3 and one of the biggest race weekends of the year for the team the week after with Ironman Chattanooga and Ironman Augusta 70.3! 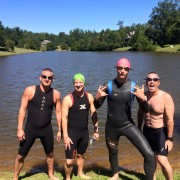 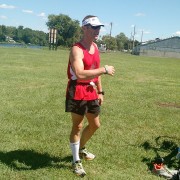 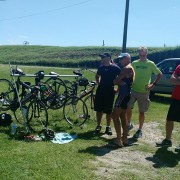 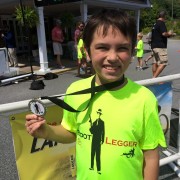 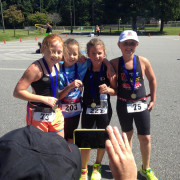 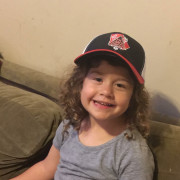 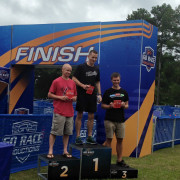 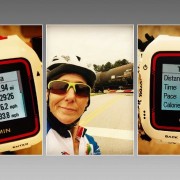 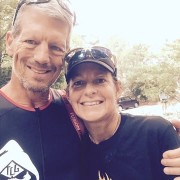 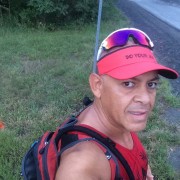 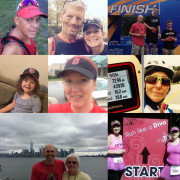 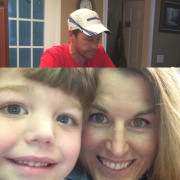 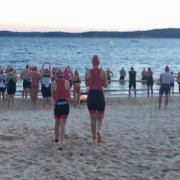 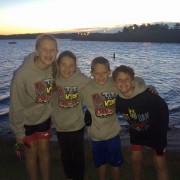 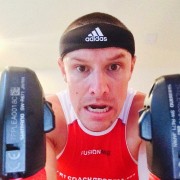 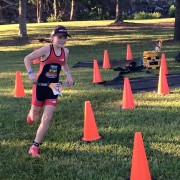 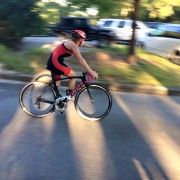 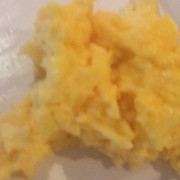 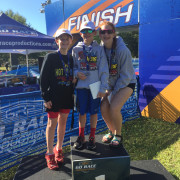 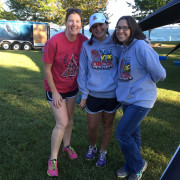 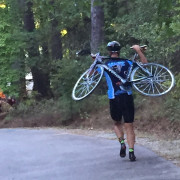 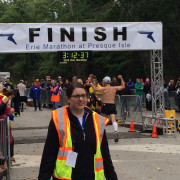 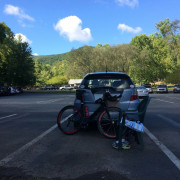 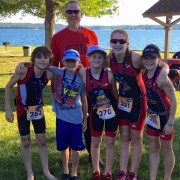 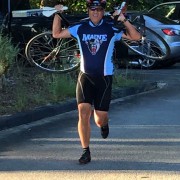 We Finish Together Inspires – TriCoachGeorgia