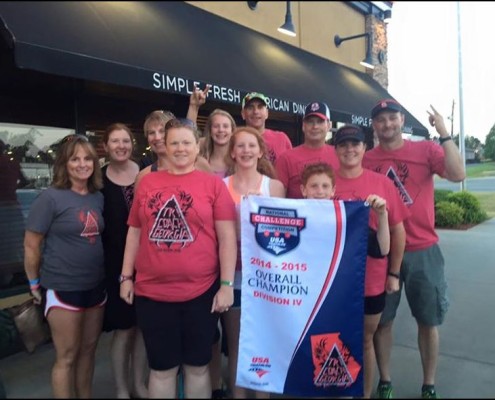 TriCoachGeorgia won the Division IV (teams with 33-80 members) competition for Biking, Running, and Overall. More than 2,000 teams competed, and with only 50 members (30 short of the maximum allowed), the title of “Champions” in 2/3 racing categories and the overall win is astonishing.

How the National Challenge Competition Works

“Designed to get triathletes excited about offseason training at the club level, the National Challenge Competition features official USA Triathlon clubs from across the country going head-to-head to see who could log the most training miles during the competition.”

According to the USAT, “the NCC featured three sessions, each one month in duration. Clubs recorded their training miles and submitted them on the NCC website for automatic calculation and ranking. Mileage totals were weighted with each swimming mile equaling 10 miles and each running mile equaling three miles. Cycling miles were not weighted.” TriCoachGeorgia, one of the smallest clubs competing, outpointed on a per person average basis most of the larger competing clubs from the rest of the country.

In Division 4, TriCoachGeorgia was in a dog fight with the Black Triathlete Association (BTA), who had the overall individual point winner, Kevin Petty, who was selected to race this year’s world championship in Kona. This battle was waged in pools, on trainers and tarmac, on treadmills, trails and tracks. BTA won the swim month and TriCoachGeorgia pulled out both the bike and run months for the overall win. Much on social media was made of the head to head competition between two of the most active and growing clubs in the country.

Many of the TriCoachGeorgia team members pulled down awesome numbers and Seth Waltman and Head Coach Harvey Gayer were top 10 overall for the competition. Right behind was Reuben Adams who was a top 10 male overall. Lester Benitez and Troy Garland rounded out the top 50 overall. Age group winners included Cullen Goss, Judith Garrard, and Dick Thompson for the squad who relied on fewer members than the majority of clubs for points, meaning the team members that contributed all did so in a big way. 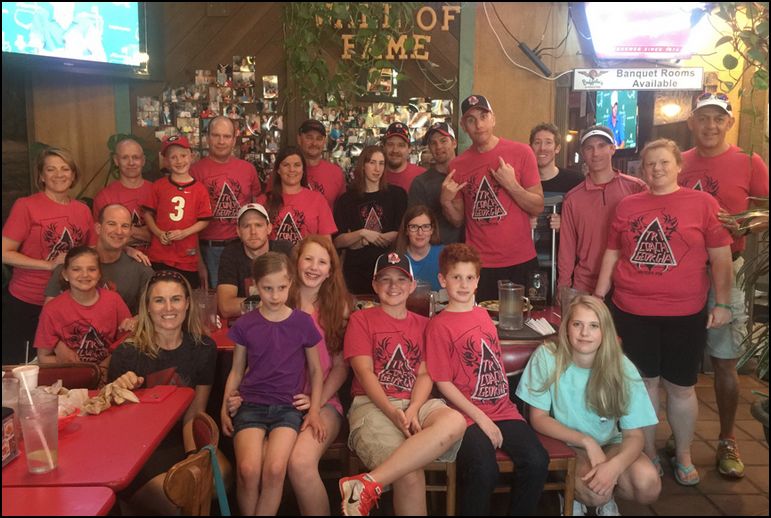 TriCoachGeorgia was very thankful for their fueling affiliates and sponsors, Generation Ucan, Nuun, and Infinit. Some prefer slower acting carbs and some prefer faster acting carbs and and these firms covered all options through some difficult, long and back to back training sessions wonderfully.

The team received much support from triathlon suppliers All3Sports.com, Fleet Feet Athens, and Georgia Cycle Sports Concepts. A wide variety of goods at good pricing points is available from these good folks. Special shout out to Fusion Sports USA for eliminating our chafing issues nearly 100%!

More Info about the USAT NCC and TriCoachGeorgia

Full NCC results are available at race-tracker.net/usat. Registration for the 2015-2016 competition will begin Nov. 1, 2016. TriCoachGeorgia is off to a great year following their participation in the NCC. They help you to #DoYourJob (the official TriCoachGeorgia slogan) by assisting children and adults of all levels and abilities map out smart, strategic plans to get them to their priority races strong and healthy. Their coaches care – they are available, involved and celebrate your achievements.

Call Me May Be – TriCoachGeorgia
Scroll to top