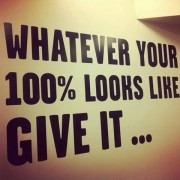 Being a parent is one of the toughest things I have done. Coaching is similar. You want the best for your kids but sometimes what’s best is what hurts a bit.

I have a just turned gangly tall and upstanding just turned 13 year old and he’s looking at a tough time to make the middle school basketball team. We have been doing some prep work for him to give his best shot at tryouts, but, unbeknownst to him, I am trying to help prepare him to potentially cope with the frustration that will occur if he doesn’t make the team.

His school is pretty stacked so height and endurance alone won’t get him a spot on the squad. For this team, you have to be able to play in constant motion, play inside or out, handle the ball, etc. You need a diverse skill set which comes from a combination of specialization, ability, and hard work. That’s a tough mix for a kid who has spent more time playing minecraft, running and swimming then balling. The point I am trying to make here is that we hate to see folks we love suffer, especially our kids and also, in my case, my athletes. However, it is necessary in life to become the best versions of ourselves that we strive to be.

Failure can be good in many ways for us but it has to be welcomed as part of the learning process. It can’t be seen as a destination but as a stop along the way. Seeing some of our athletes going through a rough race or a DNF can be difficult so I wanted to remind you all as a psychologist, an athlete and a coach, that messing up is a good thing in many ways. Here are some of the ways I wanted to mention:

So there you have it. You may feel down and out. You aren’t down and out. You may be on the cusp of bigger things like achieving your goals. You may be worried, but that worry is ill placed. Anything that doesn’t go quite like you hope may just be part of the process. Thanks to each and everyone of you for considering taking and taking risks and making lemons out of lemonade. It will taste that much better if you do! 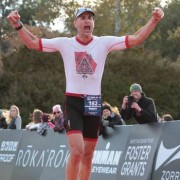 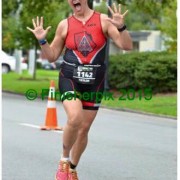 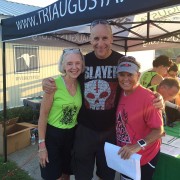 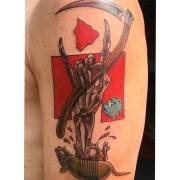 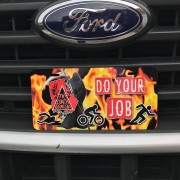 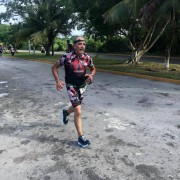 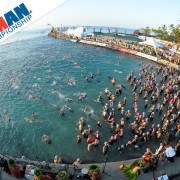 TriCoachGeorgia is known for many things. These include the grim reaper, the horns up hand sign, nicknames of team members and many more. One thing people may not be aware of is the closeness of the team. When a member is in need, the team rallies around that member.

Recently, Kim Garrard Stemple passed away after a long battle with several diseases. While Kim was an honorary member, her mother, Judith, and son, Connor both are valued members of the team. A celebration of life was held on July 13th at Nellie’s Sports Bar in Washington DC and several members of the team went to support the family. The celebration consisted of stories about Kim, a New Orleans themed Second Line parade lead by a 5 piece brass band and a streaming video with pictures of Kim and her many friends. The outpouring of support showed by how many people attended the celebration.

One of Kim’s lasting legacies will be the charitable organization, We Finish Together. We Finish Together is an organization dedicated to collecting race medals, decorating them with messages of hope and donating them to people in need. Kim’s legacy will live on because of #WFT and TCGa’s support for Judith and Connor that continues today.

For more information on Kim, please click on this story from Runner’s World Magazine.
https://www.runnersworld.com/news/a20856808/woman-with-terminal-illness-runs-her-last-marathon/