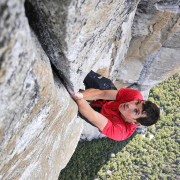 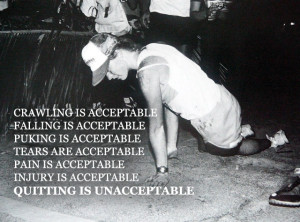 On June 3rd, 2017 Alex Honnold ascended El Capitan, Yosemite National Park California in 3:56 with no ropes, becoming the first person ever to achieve this dangerous climb. For those of you who do not know Alex Honnold, he’s a 31 year old America rock climber best known for what is called “Free Soloing” where no ropes are used during ascents. After hearing about Honnold’s climb on a podcast it got me thinking a lot about the parallels that exist between what he does, and triathlon. The following are (4) excerpts from article and an interview from National Geographic magazine. 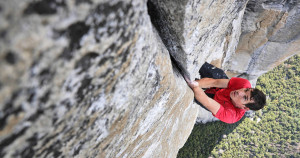 4 Things Free Solo Rock Climbing has in common with Triathlon

When Alex Honnold finished his historic climb he was asked how he felt and would he climb more. His response demonstrates exactly the kind of focus and passion he has for his sport.

“Honestly, even now I feel like I could go another lap. I’m so amped. Probably not today though. Today is hangboard day. I’ll have to hangboard in a bit.”

*Hangboarding, also known as Fingerboarding is a time-efficient way for climbers to build hand and finger contact strength through hanging for time intervals from small contact points. 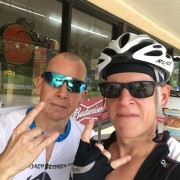