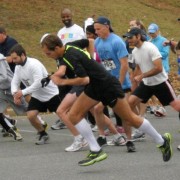 How Often Should I Race?

I just want to put this out there as y’all are seeing folks racing 5k’s, sprint and olympic triathlons, and multiple 70.3s with little time in between. As a coach, I am frustrated because race results reflect coaching, and we both want the best we can get. Racing frequently may not be ideal and goes against most widely accepted coaching methods of training organization or periodization. Are there outliers? Of course, but most of us are not super heroes. Regardless typical age groupers love to race, and why deprive them of fun?

Optimal performance then collides with fun and social aspects as regards racing frequency. As a coach, and in contrast with my actions to some degree as an athlete (do as I say not as I do), I see the need and desire for fun/socialization but not at the expense of performance or the increased risk of injury. From the athlete perspective, the inverse can be said. There is a loss of some of the immediate payoffs by spreading races out. 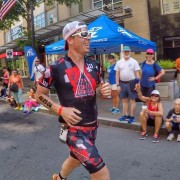 I realize there is a difference in level of experience that should be taken into account. Some athletes that are goal oriented and possibly more mature in their athleticism understand that over-racing equates to not focusing on the goal at hand and not trusting their coach or plan. In contrast. “noobs” and some people who have less care or focus on having their big days often do it because it’s “fun” and for the social aspect. No doubt there is experience to be gained from racing. But once you pass that point from novice to veteran racer, you realize it can be more harmful than helpful: hence the dreaded winter marathon for triathletes as an example.

From the coaching standpoint, we look to the literature and our mentors. I came from a running background as I started my endurance journey and my initial thoughts came from my first running coach (Dr. Chris Ruth who was pre-Shanks) who was a proponent of the venerable running coach Jack Daniels whose team at SUNY Cortland that he had the privilege of seeing train and race. 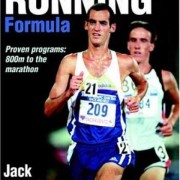 To sum up what he taught me, he said that Daniels claimed that you are better off with more of a varied approach to building the systems. In other words, more easy mileage and more ‘less than all out’ run workouts (i.e., tempos and intervals) than with racing more because racing requires more down time on the front (aka Taper) and back (aka Recovery) end than workouts. Overall training stress declines and quality suffers.

He also made the point that racing also clearly increases the risk of injury. Nobody would argue that you are more likely to get hurt during race intensity work.

Ruth also worked as an assistant to collegiate level cross country coaches. He would discuss how some coaches would have runners work their way into prime shape during the early races in the season; they would have the athletes start conservatively and increase race pace as the races progressed through the season so that the races didn’t kill them and they could ‘race their way into shape’. He subsequently tried to use that with his athletes and on himself as guinea pig and learned that it never works on race day; athletes always go too fast. In that model, the early season races were seen as ‘tune ups’ while region and conference (and nationals if you could get there) were when it was for all the marbles.

However, this method was flawed because races demand all out efforts where they lost training time to taper and recovery. Training through a race is simply not the way an athlete’s body or mind likes to work. Something about the gun going off makes you go all out or very hard. Thus, the method of training more allowed workouts to be completed with less taxation. You could exert more experimental control with pacing and specificity of training effect when it wasn’t a race.

How does this get resolved?

If you want to race alot because you enjoy it, that is up to you as long as you understand the risks and possible outcomes. From a psychological standpoint (e.g., anxiety, insecurity, social needs, etc), there are good reasons to do that. From a results standpoint, consider the balance and how more overall fitness tends to be positively correlated with better outcomes.

If you want to make gains over the long haul you possibly use a Canova type funnel periodization (i.e., training organization) across disciplines and multi system training like Daniels and work through longer (say 8-12 week) training cycles towards race specific demands (generally Spring and Fall) and aerobic and higher end base building periods (generally Winter and Summer) over seasons and build in some shorter or even longer layoffs between the segments.

While we wish we could say that certain methods of periodization or training/racing organization are best for all athletes, we simply can’t because the huge variability in genetics, environmental stress, and psychological needs. No method has a guarantee.

So race a ton and have fun and expect you might not reach maximum race performance. Race a moderate amount and tolerate something less than your best but with still solid results and the higher injury risk. Or, race less frequently and go along with coaches that have had way more successes than those that are taking bigger chances with their athletes. There are not many (if any) that can truly empirically support methods suggesting it is wise to race year round and very often but it still has its benefits.

In the words of Dr. Ruth regarding racing infrequently, “it isn’t as much fun, it isn’t as sexy and it doesn’t get your name (and picture on social media) as often but it’s what they do” at major collegiate programs and across disciplines like Stanford and Oregon, and many more top schools. The top pro triathletes and their coaches mostly operate this way and many complain of having to over-race to get to Kona via the points system currently employed.

In the end, my advice is to decide if you want to race often for your needs, and are willing to sacrifice optimum results and increase vulnerability to injury for fun. Of course there is a balance, but realize racing for fun comes with costs. Make wise decisions so you can #ReapWhatYouSow 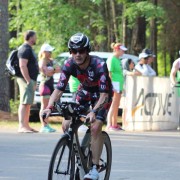 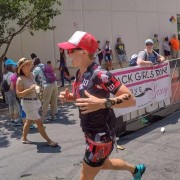 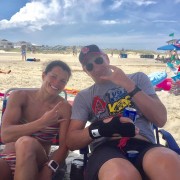 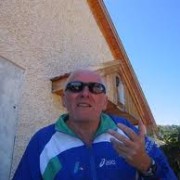 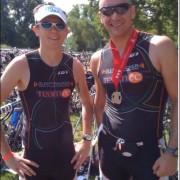